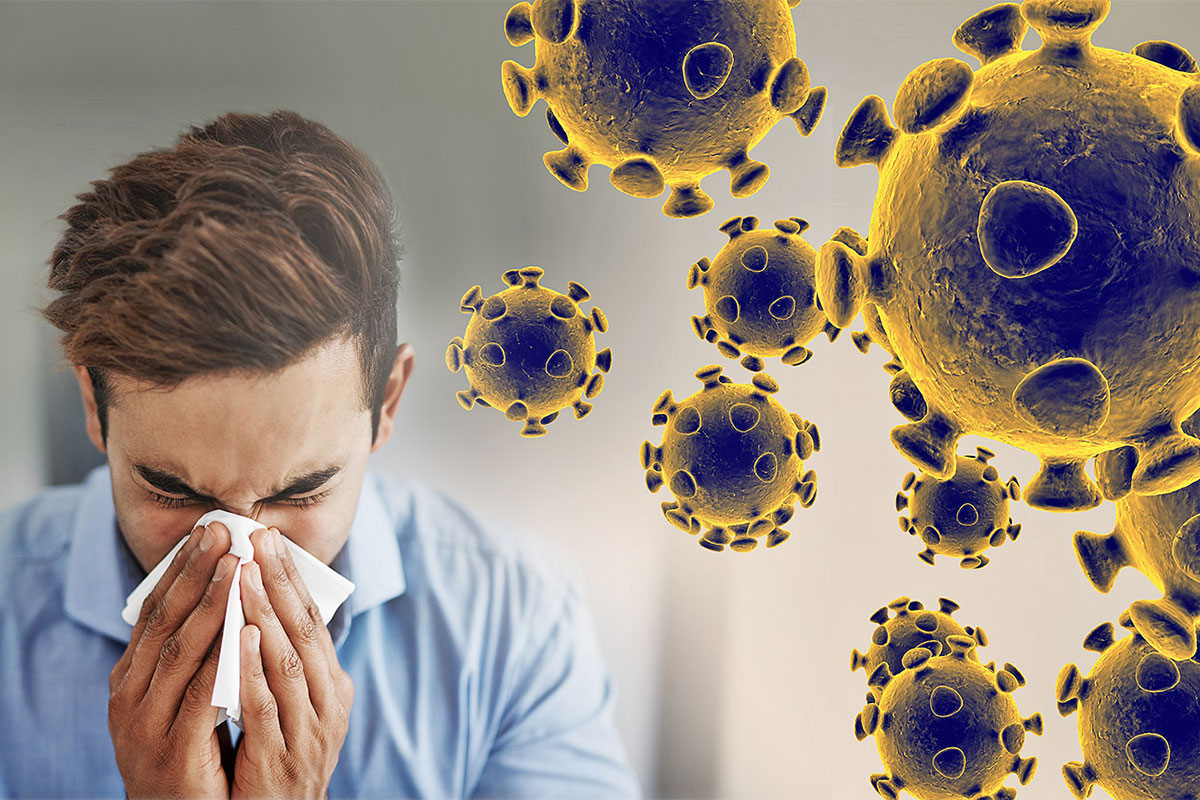 Coronaviruses are important human and animal pathogens. During epidemics, they are the cause of up to one-third of community-acquired upper respiratory tract infections in adults and probably also play a role in severe respiratory infections in both children and adults. It has been around since our first understanding of viral illness.

This is otherwise known as the common cold.  They run with other common colds such as rhinoviruses.

So what’s the hullaballoo, particularly about COVID-19?  Is this new type of coronavirus our next world-wide plague?  No.

It remains like the common cold with a very low mortality rate.  Let me use the flu or influenza as a comparison:

Human coronaviruses probably account for 5 to 10 percent of all acute upper respiratory tract infections in adults, with outbreaks during which 25 to 35 percent of respiratory infections can be attributed to a single species

This one is labeled COVID-19 and was initially called 2019-nCoV and was noted by the initial cluster of pneumonia in Wuhan (Chinese City).

What is not reported with any consistency is the age of those with coronavirus COVIC-19, but we can assume since the coronaviruses in the past had the same U-curve as influenza that it is the extreme ages.  This graph is ancient data – from 1911 to 1918, but remains reproducible for each outbreak. 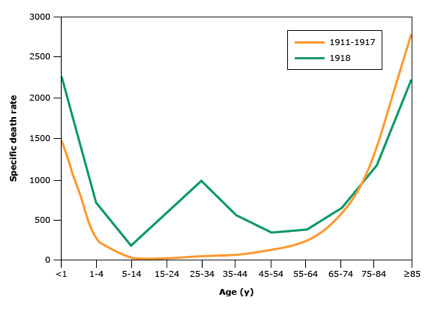 The principal recommendation is to avoid contact. Ironically most masks used are ineffective.

I do want to remind you, 43% of transmissions in China WERE IN THE HEALTH CARE SETTING.

There is no effective treatment for coronavirus infections other then mom’s soup.

So in summary; the influenza virus is well over 100 fold more deadly than the coronaviruses.

So why is there all the hype?  It’s the transmission.

This form of virus goes undetected for 2 weeks, and in some settings has an 85% transmission rate.  What if influenza developed this vector of transmission or dengue fever?  The concern and hype is about how to detect such a virus with a protracted incubation period. How could they prevent its continued spread.  For this particular outbreak it was not prevented or slowed.  It is already worldwide.

SO WASH YOUR HANDS!